If you missed it yesterday, check out my review for John Paul Allen’s short story from Biting Dog Press, House Guest, which is being showcased over at Horror World – REVIEW – to help bring yourself up to speed with this post.

As promised. I sat down with John Paul Allen to ask him a few questions regarding the true story behind his creepy tale, House Guest, what free means to an author, and what to do when a troll tries to sabotage your Amazon presence   I walked away with a lot more than I could have bargained for, so do get comfy and enjoy a a short swim around the murky dark waters of the muse behind the man.

Dark Bites: In regards to House Guest, when did you first sit down to write this creepy little story? 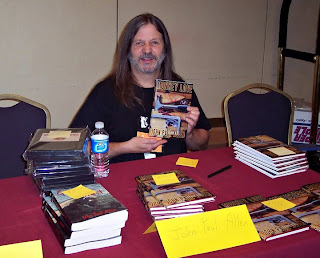 John Paul Allen – It was around November of 2006 (though the idea came a few months earlier), the same year my wife passed away. That was in February and following the funeral I slithered into a continuous drunk for most of the next ten months. I wasn’t writing anything and Dave Dinsmore (Biting Dog Pubs) kept emailing/calling me. His concern was centered on my well being, but he’d discuss writing just to get me to talk. We eventually agreed to meet in Austin that July and drank a couple of beers as we walked around a flea market and discussed the project that eventually became Monkey Love. I returned to Houston and did nothing until late October when I semi-sobered up and wrote ML. It wasn’t long enough for the project so he asked if I could toss in something extra and that turned out to be House Guest.
DB – I understand that as strange and uncomfortable as this tale is, there is an inspiring truth behind it that might be just as strange and creepy. Care to elaborate?
JPA – The unnamed main character is based on someone I knew – Andy. He was a friend of my stepdaughter and needed a place to live so we rented him a room. He was your typical nice guy/smooth talker/con man. I liked him and we talked a lot. One evening he told me of his previous living arrangements. Prior to renting the room he lived in his girlfriend’s bedroom in her parents’ home, without their knowledge. When she went off to college he had to move out. For House Guest I changed things a bit. Instead of college the girlfriend was seriously injured and eventually maintained under care in her parents’ home and the boyfriend didn’t move out.
DB – Of all the stories to showcase for free through Biting Dog Press and Amazon, why House Guest? 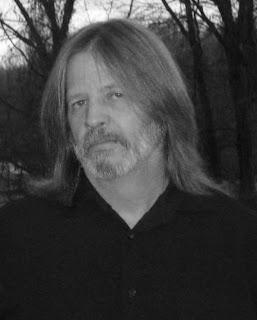 JPA – You might get a different answer from Dave, who suggested we go the free route. I agreed, because it gives the reader a taste of my style without a lot of violence. Instead it has that creepy psychotic mood, which I find just more frightening at times. We wanted to give people a feel for me, hoping they’d want to read one of the other books.
DB – I see a lot of established authors like yourself promoting themselves with a free story these days. IN the not so distant past a writer who gave any work away for free was often frowned upon. What kind of an impact do you feel promoting a free story to readers has on the business of your writing as a whole?
JPA – Great question and a complex one. Truth is, I’m not a fan of the free story, but in this case (and with many new writers) it’s a way of baiting new readers. Does it work? Not as well as I wish it would. HG has been downloaded between about 30 thousand times and I’m sure it’s led to other sales, but not as many as I’d hope. The problem may be lack of choice. I don’t have enough available yet, so the goal is to get another novel and maybe another 4 – 6 shorts out there for people to read.
DB – It seems that while Biting Dog Press did a great job of offering readers your story for the best price of free, a certain someone or someones tried to sabotage your Amazon ratings for no apparent reason other than to be a troll. What’s up with that? 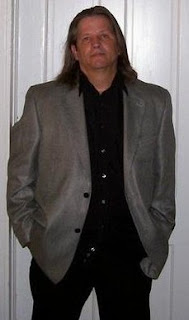 JPA – Yes – my troll. First let me say that I don’t get upset at bad reviews. It’s a part of the game and people should feel comfortable posting them. Still – and this is just me – I don’t like getting them for a free book. It cost the reader nothing and if they don’t like it they can walk away with time as their only loss (and House Guest is a short read). As for the Troll – I do have a suspect – a person who uses multiple accounts for this reason. This is a person I upset in a facebook group. Can I prove this? No, although I have good sources who know that this person does the bad review thing to several writers. I’d like to point out here that not all negative reviews for House Guest are by this person. Some you can call legit. Also I find it interesting that I never get negative reviews for books with prices. That must say something (considering I deserve them).
DB – And as readers like me who really dug this story, what can we do to help offset the troll’s dirty work and help tip the ratings scales back to where they ought to be?
JPA – I hate asking this, but if anyone reads House Guest, enjoyed it, and has the time I could use some positive reviews. I don’t want people doing this if they didn’t enjoy it. That would be just as wrong. Also they wouldn’t have to be five-star reviews. I’m a little embarrassed to say that even a three-star would help. If no one does this that’s totally fine. There are more important things in life than my review average.
DB – Dirty trolls aside, this is an outstanding story that I think most dark readers will love. What would you recommend to a new reader looking for their next JPA fix? 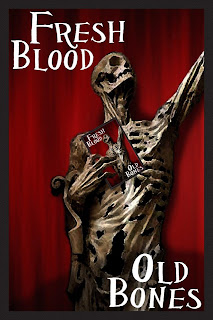 JPA – Depends – I’m protective of my readers and don’t want to warp them more than necessary so I’d suggest they read the short story collection, Dark Blessings, first. There’s some pretty mild horror there and I add a little bit of insight with each story. Then I’d suggest Monkey Love – the strangest thing I’ve ever written. If they can handle that they are ready for the Big Time. Finally, for those who like a little gore with a good story I say give Gifted Trust-Revised Edition a read. I’d also like to suggest an anthology I’m involved in, Fresh Blood, Old Bones. It features Joe Lansdale, Neal Barrett, Nancy Collins and a couple other known names along with other newbies like myself. My story, Little Miss, is in it, but even if it wasn’t I’d suggest it – very good stuff.
By the way – there’s a lot of good stuff out there being offered by new writers. I could give a list, but I know I’d forget someone deserving. I say continue to read who you like, but every now and then give someone new a shot. You might be surprised.
***
You can still read House Guest for free right here:  Free short story.
And you can still learn more about John Paul Allen’s beautiful dark work on John’s Good Reads hub.