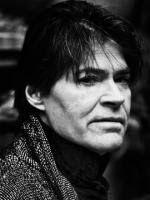 Familiarity is certainly a mileage which varies so the mention of Jack Ketchum is bound to conjure up various images and meanings depending on your personal experience, be it first hand or otherwise. To some, the name reflects a thirty-five year span of literary prowess which includes several award, nominations, films based on his work and countless accolades of the highest order from the masters of his craft of which he is one of. Others might envision a chiseled philosopher, a world traveler or a life long student of the human condition. For others still, the name Jack Ketchum stirs up a century’s old image of a gritty gun slinger hung dead from the gallows for crimes most foul. This final image is attributed to the infamous Tom “Black Jack” Ketchum, the murderous train robber from the late 1800’s from which Dallas Mayr, the man, borrowed the name sake from to give to his alter ego. This alter ego fast became synonymous with terror as Jack Ketchum, the author, rose to become, as Stephen King aptly put it, the scariest man in America.
Despite his alter ego, Dallas also happens to be one of the most accessible, supportive writers in the business and recently, gave the scares a pause long enough to chat with me about the 35th anniversary of his debut novel, OFF SEASON, his perspective on where humanity is heading, his battle with cancer, and more. 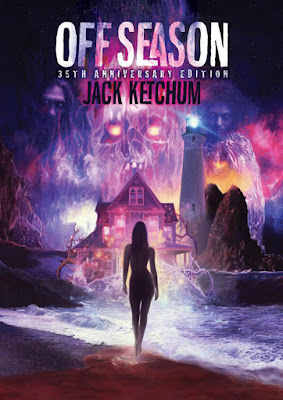 First of all, Dallas, congratulations and a very happy 35th anniversary on your debut shocker, OFF SEASON. Although 35 years worth of published writing, awards and well deserved accolades and still going strong is almost reward enough for you and us fans, it’s great to see an anniversary edition of the book coming out. What does this milestone mean to you and how might a snapshot of your current writing career compare to the picture you may have drawn for yourself upon publication of that first novel 35 years ago?
By the time I published OFF SEASON I had about four or five years under my belt writing professionally — more if you count ad copy.  My first published story was called THE HANG-UP, in the December issue of Swank Magazine.  For those archaeologist among you, you can find it in my collection BROKEN ON THE WHEEL OF SEX.  It was always a kick to get a magazine in the mail with my story or article in it, and of course I was very happy to cash the checks — even if it was only thirty-five bucks for a record review in Creem.  But a published book was another animal altogether. I did, as they say, The Happy Dance.  Back in ’81 brick-and-mortar bookstores were still thriving and OFF SEASON got pretty good distribution, so it was amazing to walk into one, check out the horror section and see a Dozen copies on display.  Or, as happened several times, to see somebody reading a copy on the subway.  Alas, brick-and-mortars are rare as honest politicians now.  And who the hell knows what’s being read on those tablets and blueballsberries or whatever on the trains.  But it’s still enormously gratifying to know that people are still reading me — and reading that book in particular — after all these years.  Unbeknownst to me at the time, I guess the book started something, hit a nerve among other writers as to how far they could push the envelope in terms of realism when it comes to violence.  Call it a dubious distinction, but hey, it’s mine own.  What’s come along since has pretty much shredded that envelope completely for both good and ill, but I like to think that the book still packs a punch and it’s still well worth reading.  I’m delighted to have this great new edition.  It sort of proves its staying power, you know? 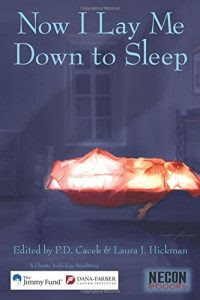 I love it when my favourite genre pulls together for a great cause such as with the new anthology called Now I Lay me Down To Sleep, which benefits the Dana-Farber Cancer Institute and features your short story, Mother and Daughter. What can you tell us about this anthology and of your experience in contributing your story, and what it meant for you?
As we speak, I’m just halfway through my first series of immunotherapy treatments, following several months of chemo, against my own throat and neck cancer.  And this is my second time around — the first was hard palate.  So as it happens I take this shit personally.  But if you’re in a position where you can contribute something meaningful to a cause as important as fighting cancer you’re an idiot and a boor not to jump at it.  If having my story in a book and my name on the cover can sell some copies, by all means deal me in.  The bonus is that you get some good reading done as well.  A no-lose situation.  So get out there, folks, and pick up a copy.
Speaking of recent scares, I see you’ve done it again and teamed up with your co-master of splatter, Edward Lee for another terror filled story, this time to round out the collection of splatter lore in D.O.A. III: Extreme Horror Anthology (Volume 3) which was released earlier this summer. You’ve written several stories now with Ed so I have to ask: what is it about two of horror’s most formidable writers that, when combined, makes for such a well tuned nightmare generator? Lee and I complement one another well I think.  It’s a good fit.  Not all are.  He’s strong on stuff that I’m not, and vice versa.  But mostly it’s that we enjoy one another’s writing and respect it.  And there are no big egos involved.  We’re both perfectly content to use the scissors and it doesn’t matter whose material we’re cutting or reworking, we’re just interested in servicing the story.  Most of our output together, like the piece in D.O.A., falls into the category of black comedy and we have very similar senses of twisted humor.  So we try to elicit those nasty grins in one another.  We have fun!
Considering your only supernatural novel to date is SHE WAKES, you’re an author who prefers to take his inspiration, if you will, primarily from the evils of modern man when exploring the real life monsters next door with your work. In this day and age, with information and technological conveniences so readily available to us, it seems our world is filled to capacity with self entitled, hate mongering animals more so than ever before. As it relates with your writing, do you feel it’s more important than ever to provide a safe and entertaining escapism from such evils through your words, or do you lean more towards exploring every facet of modern terror you can so that we may best understand it and perhaps even eradicate it? Or do you have a totally different stance on how your writing might relate to our current world at large? 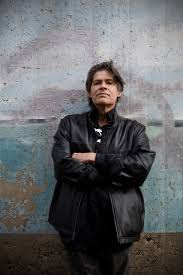 I have to disagree when you say that the world’s more full of “hate mongering animals” than ever before — though they’re certainly out there, pissing in our well.  My problem is with the more than ever part.  If you take a look at history, even fairly recent history, seems to me that the human race is on the gradual upswing.  Think Spanish Inquisition, Genghis Kahn, good old Henry VIII chopping up his wives, Hitler, Stalin — then think a doofus wimp like Donald Trump.  Dangerous though he may be.  Not very long ago women couldn’t vote, kids worked in sweat-shops, there was no Civil Rights Movement, no Gay Rights Movement, no Animal Rights…there was…good grief! PROHIBITION!!  I believe we’re perfectible as a species,  That however slowly we crawl into enlightenment, we’re still crawling, still trying.  That’s not to say there isn’t evil in the world.  There is.  Plenty of it.  So that what I like to do is to identify those evils, pin them down, take a good close look at the creatures among us who perpetrate them.  Contrast them and us.  I think that’s salutary.  If what I write helps us to deal with that in some small way, writing’s worth doing.
And, for old time’s sake, I gotta ask you: when’s the last time you enjoyed a hot bowl of your great-great-grandma’s famous German lentil soup, and what was the occasion?
For my great-great-grandma’s stick-to-your-ribs terrific lentil soup you don’t need an occasion.  In fact right now, right this very moment, I’m getting out of this chair, and you know what?  I’m heading for the kitchen…
And rather than wait for him to return from the kitchen to find out where you can get all the writing updates and special appearances you can handle, but were afraid to ask for, you can head over to http://www.jackketchum.net for everything Jack Ketchum. 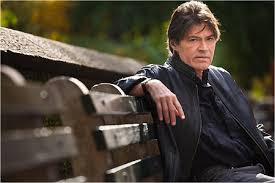