To help launch this blog, I am turning to none other than my pal, James Newman,who is probably the nicest guy in horror I know.  But don’t let that fool you –   there’s nightmares to be had in that there southern charm.

I’m a writer of horror and suspense.  I live in the beautiful Blue Ridge Mountains of western North Carolina with my soulmate, Glenda, and our two sons, Jamie and Jacob.

My published works include the novels Midnight Rain, The Wicked, Animosity, the short-story collection People Are Strange, and the novellas The Forum, Olden, Revenge Flick!, and fan favorite Holy Rollers.

When I’m not writing or playing around on the Internet when I should be writing (don’t tell Glenda!), I enjoy reading, watching movies, listening to blues and loud rock n’ roll, and taking in some theater now and then.  I’m also a die-hard college basketball fanatic.
And without further ado, here is the interview, originally published in the 2006 fall issue of Insidious Reflections.  Please forgive any formatting inconsistencies you may come across as I’m still getting the hang of this thing :}. 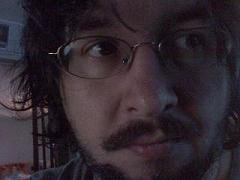 James Newman really irks me off.  Seriously, he can’t seem to stop letting me down.  I mean, I’ve read a respectable chunk of the man’s work, a great deal of which is downright nasty stuff.  Incidentally, I kept going back for more.  Every time James and I crossed paths I expected this brooding, acid-tongued bad ass son of a bitch.  I expected him to cast his sweet southern charm upon me and lead me by the hand to some dark and miserable place where pain and suffering are the only items on the menu.  However, time and time again I’m let down because I’m always so shocked to find the most kind and generous guy who usually rubs off as shy and humble to a fault.  But don’t let his kind demeanor fool you.  James Newman will impress upon you his kindness and charm just as naturally as he’ll have you gripping your pillow in the throes of a Newman sponsored night terror while you shiver with fright. And since his books were sufficiently keeping me up at night anyways, I figured I might as well use the extra time for picking at his brain and chancing a peek inside.
Richard Hipson – Thanks for finding the time to sit down with the likes of me today.  If you’ve got your drink of choice in front of you and your CD of choice in the stereo, why don’t we kick things off by having you fill us all in on what you’ve been up to over the past several months and what you’re currently work on?
James Newman –  The last few months I’ve been working on a couple things.  First and foremost, I’ve been finishing up a collaboration with Jason Brannon that White Noise Press will be publishing later this summer — a novelette called THE CHURCH OF DEAD LANGUAGES.  I also recently began work on my new novel, which is shaping up to be a fun one so far . . . possibly the most fun novel I’ve ever written.  I’m having a blast with it so far.
RH–     So if all goes as planned, what can we expect from you by the end of this year?
JN –     2006 is shaping up to be a really busy year for me.  Lots of cool stuff coming out!  As I mentioned, THE CHURCH OF DEAD LANGUAGES will be out this summer, and there are also plans for another chapbook to be released from Nocturne Press, a collection of my really whacked-out, sorta humorous horror stories called PEOPLE ARE STRANGE.  And then there’s the one I’m most excited about — my novel THE WICKED will finally see publication this summer, in a killer limited hardcover edition from Necessary Evil Press.  Good times.
RH –    James, you have a number of books out there that are the result of some duel collaborations such as Love Bites with Don Gash that you were kind enough to send me, along with Night of The Loving Dead with James Futch, and Riverside Blues with Eric Tomblin, among others.  Is it a deliberate desire you have to mix and play in the creative minds of your peer, or is it just something that you happen to fall into as a result of like minds being drawn together?
JN –     Just so there’s no misunderstanding, RIVERSIDE BLUES isn’t a collaboration — I just wrote the Foreword for that one (and I was damn honored to do it, as Erik’s novella is one of the best debuts I’ve read in years, a really creepy piece o’ Southern Gothic that impressed the hell outta me to say the least).  To answer your question, though, I love to collaborate.  It helps if you’re good friends with your co-writer before you begin, of course, as well as a fan of his work, but I’ve been lucky to have found the best of both worlds so far.  Donn Gash and I have been best friends since we were fifteen or so, and of course his work blows me away.  As for Jason, I was a big fan of his stuff before we ever became pals.
But yeah . . . getting back to your question . . . I think that old saying “two heads are better than one” is certainly relevant when it comes to writing collaborations.  I know these guys have brought out the best in me, and it’s always challenging to try to keep up with writers I admire.  If nothing else, it makes for a really fun ride, and if you’ve got that you’re already on the road to a successful story right out of the gates.

RH –    It must be a bit of a challenge to keep your co-written tales flowing smoothly to the point where readers don’t notice the passing of pens, so to speak.  I had a hard time telling the difference – and believe me I tried! – but how do you ensure that the duel pens stay a true and consistent voice throughout so that a reader can’t suddenly shout out, “Hey!  This is where James stopped writing and his pal begins!”

JN –     I don’t know how other writers do it, but I think the reason the collaborations I’ve been involved with have worked so well — as far as, like you said, merging together so smoothly — is the process itself.  Basically, someone will start off the project, then send it to his co-writer.  The other guy then takes what’s already been written, tinkers with it just enough to add his own $.02 to it, and then writes the next part.  Back to the other writer it goes, and so on and so forth.  By the time you get to the end, and do those final revisions, it’s very much a “gelling” of two voices.  That’s worked for my co-writers and me so far, anyway . . . .
As much fun as it’s been, I do think I’m gonna step away from the collaborations for a while after I finish up THE CHURCH OF DEAD LANGUAGES with Jason.  Not that it hasn’t been fun – I’ve enjoyed each project immensely, and had more fun than writing should ever be! – but I need to change things up a bit for at least the next year or two.  Don’t wanna become known as the guy who does nothing but chapbooks with other writers, can’t carry his own gig, ya know.  LOL
RH –    Who is left out there that you’d like to try co-writing with should you try that approach again in the future?
JN –     Simon Wood and I have talked about doing something together, at some point.  I’m a big fan of his work.  Also, Jeff Strand and I will definitely be unleashing something on an unsuspecting world at some point.  You know that’ll be wild.  Donn Gash and I do have a few unfinished stories lying around that will see the light of day in the future, but I’m not sure when that will be.  Of course, I would love to work with Brian Keene one day.  But he can leave the groupies at home (just kidding, Brian!).
RH –    A collaboration with you and Jeff Strand has me smiling wide already with visions of scantily clad dead chics, terrorizing a nice college town.
JN –     Hahaha . . . well, I guarantee you when it happens — and it WILL — you’re in for one of the most bizarre stories you’ve ever read.  I’ll leave you with this, for now:  A country-music loving redneck, with wrinkled brown skin.  An eighteen-wheeler named “Big Mama.”  And the death of a child in a strange little town called “Suicide Cove.”
RH –    That does sound delicious and wicked!
James, I think it’s very safe to say that you are much more than “just” an author.  You are also a working class taxpayer, a husband, and a father.  How the heck do you juggle the many hats that you wear while continuing to rock out those killer stories that we fans so love to gobble up?
JN –     It ain’t easy, bud.  At all.  And if I told you that I write every single day, I’d be lying.  Hell, if I told you I write every OTHER day, I’d be full of shit.  You just grab any free time you can, when you get home from the day job, gobbled down dinner with the family, helped your son with his homework.  If I can throw down just 500 or 1000 words after all that, then I feel I’ve accomplished SOMETHING.  Because gradually, those words add up to stories.  Those stories add up to books.
Now, if we could just work on the pay.   Heh
I need a raise.
RH –    Despite your many chapbooks, novellas and short stories in circulation, the only full length novel you have out at this moment is Midnight Rain.  I absolutely loved the chance to get to know your characters over the long haul as you force them to grow and evolved with the incredible, and often terrifying, situations that you cast them in.  When can we expect to see another full length novel pour out of that head of yours and onto a bookshelf?  Tomorrow, right?  *Laughs*
JN –     From your mouth to God’s ears, my friend.  I appreciate that.
RH –    Okay, you’re gonna make ME blush!
JN –     Well . . . I don’t have anything new to report as far as mass-market deals right now, but I am proud to say that THE WICKED is finally gonna see publication.  That’ll be a limited hardcover edition from Necessary Evil Press, as I mentioned earlier.  Should be out by August or September at the very latest, I’m guessing.  And then it looks like I’ve sold my next one, although that’s not 100% set in stone yet so I don’t wanna say TOO much . .
RH –    I’ll be saving my nickels for the Wicked, that’s for sure. . . 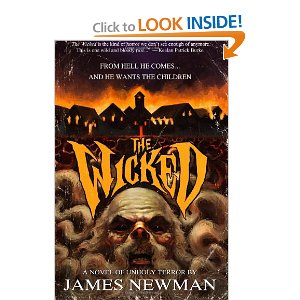 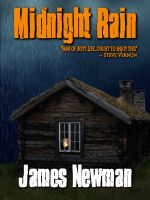 RH –    How confident werehttp://www.blogger.com/blogger.g?blogID=6335662343832230766#editor/target=post;postID=3178324721699484003 you when you sold your first novel, Midnight Rain?   Did you know that you had just created your first salable piece of work or were you totally shocked when you got the call?  Take us through that time in your life if you would, when you finished writing it and when, finally, you got the acceptance from Leisure. 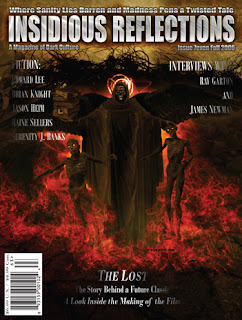 RH –    I keep waiting for that to happen, but I’m told I’m a slow learner
JN –     Hahahahaah
RH –    Thanks a heap for spending all this time with us tonight, James.  I truly appreciate it.  And in the words of Bonn Scott, if you want blood, we’ve got it!  His name is James Newman, and how sweet the blood of his craft is.
JN –     Niiiice.  Thanks again for having me.  I had a blast!  We’ll definitely have to do it again sometime.
Check out his website for more on James Newman, check him out online HERE.