As the veil between our world and their’s grows thinner, a restlessness washes over all beneath such darkening skies.  In the distance within the coldest mountains a growl rises up and turns to an echoing chorus of tormented howling.  Rising up from their slumber they join the ranks and begin to roam the lands.  The pack is gathering and the herd must be culled.

In preparation of the gathering beasties, I turned to none other than literary wolf master, Steven E. Wedel, author of the Werewolf Saga and other critically acclaimed works such as his YA novel After Obsession which he co-authored with Carrie Jones.  The clock has been set and before the first of the pack (Murdered by Human Wolves) is unleashed this October 29th, Steven has agreed to a sit down to discuss why this Halloween marks a major turn of action regarding the ongoing battle raging between his wolves and the unsuspecting public. 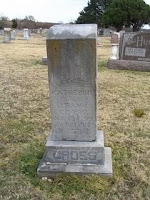 Provided I make it out alive, you can expect the blood and guts of our conversation thrown up on this page sometime early next week.  Check out Steve’s official site for a better understanding of why you won’t want to miss this.

See you on the other side.